What is a Migraine? 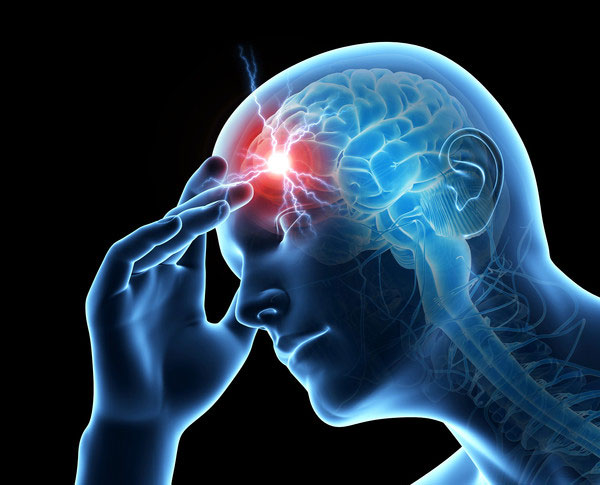 Migraine is a disorder of chronic pain or sensory disturbance that often involves a throbbing, pulsating headache which is usually recurring. The pain typically associated with a migraine is related to pain receptors that are detecting blood vessels dilating and contracting rapidly in the brain. Tissue around the brain can also become inflamed, making the pain worse.
Unlike a regular headache, migraines may be accompanied by nausea, vomiting, visual disturbances, sensitivity to light and sound or smell, weakness, numbness, dizziness, and speech difficulty, which can be disabling. The intensity of migraines is variable, and they can last from minutes to days.

People’s first migraines usually start in their teens or early 20s. At least 90% of people with migraine have their first one before the age of 40. Migraines usually become less severe and less frequent in people’s 50s and 60s.

Migraines can happen without an aura (also known as a “warning”) or with an aura. Auras are often associated with the area of the brain that first experiences the rapid blood vessel changes. Migraine without aura is more common. Visual changes right before a migraine are called a visual aura. These may look like flashes of light, bright spots, lines or patterns of light; people may see these right before the headache starts. The aura symptoms do not have to occur with every migraine attack. About 10% of people with migraines have a sensory aura, which may include feelings of numbness, tingling and other odd sensations on the body.

There is also a type of migraine called the silent migraine. Silent migraines have no headache but may include an aura or any of the other non-headache symptoms described here. 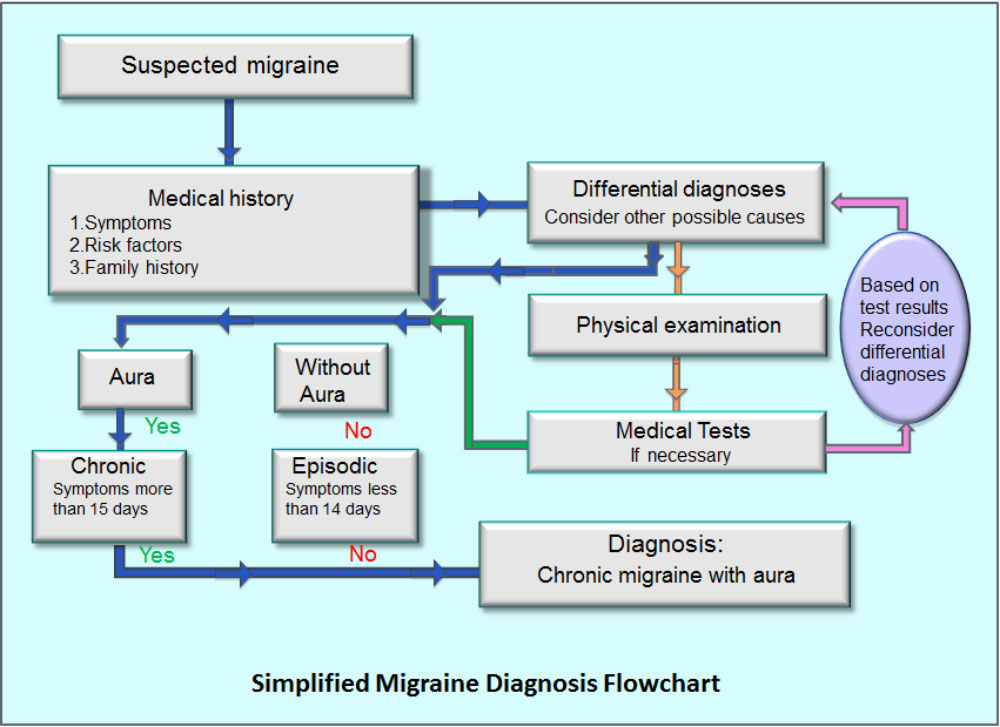 About 80% of people with migraines also have a first degree relative who gets migraines.

Migraines are more common in women than in men. This might have to do with changes in hormone levels around the menstrual cycle. Birth control pills may trigger migraines; however, in some cases, they might actually reduce migraine frequency.

Regular moderate physical exercise can help reduce the frequency and intensity of migraines. During exercise, the body releases natural painkillers called endorphins. Exercise can also help reduce stress and improve sleep. Stress and poor sleep are two big triggers. It is important to know that strenuous exercise can trigger a migraine too. Healthy nutrition, drinking plenty of water, and avoiding strenuous activity at high altitudes or in hot or humid places can help lower migraine risk during exercise.

Caffeine can provide modest immediate headache relief for those who do not drink it regularly. However, it is less effective for people who have built up a tolerance. In fact, migraine can be a symptom of caffeine withdrawal.

Obesity and big changes in body weight are risk factors for headache frequency.

Medications used for migraine attacks include Tylenol, non-steroidal anti-inflammatory drugs such as acetylsalicylic acid (the active ingredient in medicines like Aspirin), diclofenac or ibuprofen, and medications made specifically for migraines like triptans. The U.S. Food and Drug Administration recently approved the very first medication that can actually prevent migraines in the first place, called Aimovig. Patients should speak to a knowledgeable prescriber to determine the best medication options for them.

Identifying and avoiding triggers is also an effective treatment for migraine. A qualified therapist can help patients identify and understand the environmental and bodily changes that trigger migraine attacks. A migraine journal is typically used to help accomplish this. Once the triggers are identified, the therapist can then help with making changes to reduce the frequency and severity of migraine attacks.