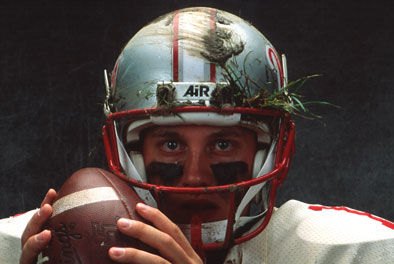 Everyone is talking about it. Social media, TV, talk shows, ESPN, it’s everywhere! And this past Christmas saw the release of the movie Concussion with Will Smith. But here’s the wrinkle- is this film an accurate portrayal of a sports concussion? Or is it really about a much darker subject? Before getting to the answer, let’s consider the possibility that fear may be the likely impact of this film on the public.

In Concussion, Will Smith plays Dr. Bennett Omalu, a young neuropathologist who “discovers” microscopic changes in certain proteins in great “Iron Mike” Webster’s brain during a routine autopsy. Webster had taken hundreds if not thousands of head hits and shaking impacts during his 16-year NFL career, and these collisions, Omalu reasoned led to this microscopic damage, subsequently termed Chronic Traumatic Encephalopathy, or CTE. But unlike a concussion, CTE has been linked to early dementia and profound mood and behavior changes, with suicide among its darkest outcomes. Those familiar with Mike Webster’s story know that he developed from the best Center in NFL history who played 245 games to a wayward nomad who lived in his car, was severely cognitively and emotionally impaired, and used superglue to hold his teeth in place (before he died at age 50). But is Webster’s fate the inevitable outcome for athletes who sustained one or even a few concussions? Not likely. While Hollywood weaves a dramatic tale based on a true story, and Will Smith’s acting is brilliant, the subject of this movie should not be confused with simple sports concussion. While it’s true that some professional football players who have sustained hundreds of head hits and shaking during their careers have developed CTE, many have not.

“Having your bell rung”, or a concussion by definition, occurs when a blow to the head (or shaking) causes a temporary short circuit in the brain. If mild, some confusion or being dazed lasts seconds or a few minutes; if more severe, there may be brief loss of consciousness. Sometimes problems with concentration, memory, thinking, mood, and balance may arise after a concussion; sometimes not. After a concussion, science and good commons sense have taught us that the brain needs time to regain its equilibrium and to recalibrate. That’s why an athlete who sustains a concussion should be removed from play, be evaluated to determine the severity of the possible subsequent symptoms (headache, dizziness, confusion, imbalance, vision and hearing problems) and an individually tailored management program initiated, which will likely involve a SHORT period of rest (typically 1 to 2 days), and slowly increasing physical and cognitive exercise while closely monitoring concussion symptoms. Return to play should depend on complete resolution of symptoms. Concussion-trained neuropsychologists, physicians, and athletic trainers, when available, should be consulted after a sports concussion, especially when symptoms develop and persist.

Coming back to the question posed above, what does the science of concussions tell us about the risk of CTE? In short, not to overreact to a simple concussion with the fear that it inevitably leads to CTE. At this time, there is no scientific data or consensus on the prevalence of CTE in football or any professional sports, let alone in colleges, high schools, or middle schools. We also have no reliable data on the percentages of professional players who have or will develop CTE. It is likely that this number is small and will be linked to many factors beyond multiple concussions such as genetic predisposition and medication and drug histories. However, that is not to say that a sports  concussion should not be taken seriously. But with the lions’ share of sports concussions, the injured athlete is symptom free and back to normal in 3 to 14 days. A tincture of time and patience are usually the best medicine.

In the rough and tumble world of athletics, concussions will occur. But don’t panic after you see the movie Concussion and think CTE is the inevitable consequence. On the contrary, a simple concussion is a time-limited event, and the majority of athletes heal completely.